‘I have so many grey hair’ – sighed my mum when I told her I was going to Iran alone. This is a reaction of many people. They first are very excited about me going there, but when they find out I’ll be travelling solo, they get worried. Many of them think of Iran as of a country full of terrorists and enslaved women, who have no rights. I have a different opinion about the it all and visiting Iran has been my dream for a long time. Why? You will find out soon.

Iran – a country that is not on everyone’s list. There are no tropical beaches, no one will forgive you wearing shorts and tank tops either. You will not be able to disappear in a crowd on a street filled with bars and loud music, you won’t drink whiskey from buckets and you won’t dance to techno until the early morning hours. However, despite all these limitations, Iran attracts more and more tourists every year. And for a few years now it’s been attracting me, too.

Perhaps you don’t want to go to Iran. Maybe you have a bad opinion about Muslim countries. I don’t want to force you to change. I’m not entirely sure if I will like Iran that much, but I really, really want to go and see what it’s like. I hope that thanks to my adventures in Iran you might choose something completely different than a popular holiday destination next time you travel.

Where did the idea of travelling to Iran come from?

I truly believe that everything happens for a reason. I am convinced that the people we meet have a great influence on us and our lives. That was what happened to me and my desire to go to Iran.

My ex husband had a few Iranian friends. His business partner was from Iran. I didn’t have such close relationships with them. I saw them quite often, but I never called them my friends.

But it was thanks to them that I started thinking of going to Iran.

I started thinking about it after they took me to an Iranian restaurant in London. The food was amazing and the atmosphere very pleasant. When I once mentioned my idea to one of my ex husband’s friends, he said I shouldn’t go. ‘Iran is boring’ – he said – ‘it’s not that interesting for an European’.

I didn’t say anything more about it and decided to leave the trip to a later date. Only when I saw vlogs about Iran, I started dreaming about it again. Now I am an experienced traveller and know that almost any destination isn’t boring. Iranians living abroad might think that because for them Europe is much more exciting. When I think of Iran, I think about beautiful architecture, culture and lovely people. A few months ago I found really cheap tickets to Iran and decided to pack my bags and fulfil my dream! I’m going to Iran alone!

Reasons why I want to go to Iran

I have my own bucket list, where I keep countries I want to visit. Iran is one of them and this is why I want to go there.

I love eating and I love trying new dishes and new cuisines. I hardly ever refuse to try something.

Thanks to the friends I’ve mentioned earlier, I know that Iranian cuisine is amazing. Until now I can’t stop thinking about sheep cheese, special flat bread and that yogurt made out of sheep milk that I had a pleasure of trying. I want to try everything in Iran!

I want to meet the locals

Apparently, Iranians are the nicest people on the planet. Everyone who has been to Iran and who I’ve talked to says so. There are also vlogs, blogs and articles that mention the hospitality and kindness of Iranian people. I really want to meet them, chat to them and proof to everyone that the perception we have about them is not really true.

I love architecture and history

I really like to learn and get to know the history of the countries. The more I travel, the more similarities between different people I see. There are so many things that connect us. Through centuries people have moved, travelled and mixed with each other. This is so beautiful and that’s what I really like about travelling.

I also love fun facts, things that are not that important and useful, but they stay in your head. Kings’ romances, betrayals, theories about different historical events – it all fascinates me!

Iran is one of the oldest civilizations in the world. They had kings I studied about at school!

And the architecture – colourful, breathtaking mosques, cities surrounded by ancient walls, the chaos of the streets. I want to see it all and experience every bit of it.

I’ve heard so much about Iran

There are quite a few blogs and vlogs I’ve read about Iran. Polish vloggers visit Iran quite often and they all talk about Iran in a very positive way.

I want to see something different

I’ve seen Asia and Europe is fine, but it doesn’t impress me that much. I want to experience something different. I want to discover something I haven’t seen yet. I look at the photos from my previous trips and I want to book a ticket and set off somewhere, where I haven’t been before. I want to sleep in a hostel, talk to strangers and not to worry about tomorrow. Iran seems perfect.

I only go there for 2 weeks. It turns out it’s not that much. I will have to rush through the country if I want to see everything I’ve planned. But I’m happy that I’m going and that I can finally fulfil my dream! 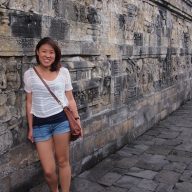 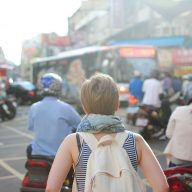 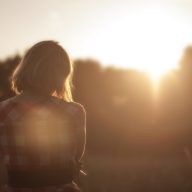 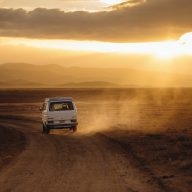 How to buy insurance to Iran?

How to buy insurance to Iran?