Today I am starting a new series on the blog. Expat stories will introduce you to some people, who chose to leave everything behind and move to different, foreign countries. Every month I will publish an interview with a person living in a country I have visited.

Today’s short Q&A is with Cel Lisboa, who moved from hot Brazil to even hotter Chiang Mai in Thailand. She is a journalist turned digital nomad and Thai language student.

Why did you choose to come to Thailand?

I have always been fascinated by Asia in general, and by Southeast Asia in particular. Before moving here, India was the country “farthest to the east” that I’ve had been to. When I decided to come, I sat down with my laptop and researched possible destinations in SE for 48 hours straight hours. At the end, it was a tie between Thailand and Vietnam. Thailand won.

How did you become a digital nomad in Chiang Mai?

It was totally by chance, really. When I first got here, I had a different job back home – I was writing essays for an agency in Miami. Circumstances changed and the agency closed its doors. I was out of a job in a foreign country! Necessity is the mother of invention. It took a couple of months before I was working remotely as a translator.

How was it in the beginning to be a digital nomad in Thailand?

I have to say the work routine itself isn’t very different from what I was accustomed, since I had been freelancing for the past five years, making my own hours, not having predetermined holidays, paid vacations nor a safety web. Dynamics changed for the better here. You have to go out there, meet people and expose yourself much more than you would back home.

What surprised you the most when you first visited the country?

The climate. I was really NOT expecting Thailand to be so hot. I mean, I’m from a sub-tropical country. I’m used to hot summers days. No one prepared for the excessive humidity, though. It makes the air thick with moist, plus the high temperatures. It is so much worse!

What do you love the most about Thailand? What do you dislike about it?

I love everything about Thailand. It’s hard to pick a favorite thing. I even like things most expats complain about, like a looser sense of duty when it comes to the law, for example. Ok, I wouldn’t say I like it, but it doesn’t really bother me. Like most folks, I love the food and the kindness you see in people. Most of all, I like the tranquil way in which Thais live their lives.

What advice can you give to those who would like to work as a digital nomad in Thailand?

Slow down. Don’t be a crazy workaholic and expect to keep the same pace of work from home. In order to be happy and productive here, one needs to understand this country’s rhythm.

Do you have any funny and amusing stories that happened to you during your stay in Thailand?

There’s a funny story. It happened on my very first week here.

I’m sitting on the porch of an Indian restaurant waiting for my Chicken Masala, when a journalism student, wanting to ask me a few questions, approaches me:

The boy’s English was terrible and I could barely say three words in Thai myself, but we decided to face the challenge.

I spot the familiar and unfailing recorder in one hand; a short list of eight questions in the other.

One hour later, we are rolling on the floor laughing, sharing the Chicken Masala and drinking our third large Chang Beer. With ice.

If you are an expat and would like to be featured on The Blond Travels, send me an email: [email protected]

Previous Post: « Off the beaten shore: The best beaches in Da Nang
Next Post: Find the perfect teaching job in Thailand: The best methods revealed » 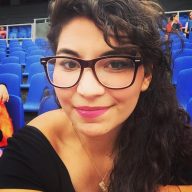 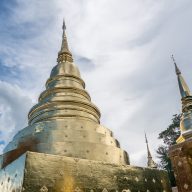 A guide to expat living in Chiang Mai 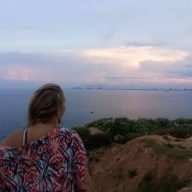 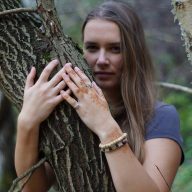 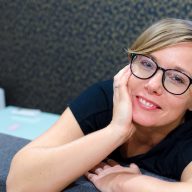 How to find an apartment in Chiang Mai