I had booked my stay in Munnar through Booking.com. I had heard before that it was cooler in the mountains and the climate was much nicer than in the south, so I had decided to stay there a little longer.

I found a peacful looking home stay with good reviews. One or two of them said that the owners were overly hospitable, but I didn’t think much about it.

The home stay offered a bamboo bungalow and some nice looking rooms in a big house. I opted for the bungalow and was looking forward to having some peace and quiet and just not do anything for 5 days.

I arrived in Munnar in the afternoon only to find out that the home stay was 15 km from the city. The tuk tuk drove me there through tea plantations and misty looking mountains. ‘This is going to be so nice’ I thought to myself.

The home stay owner, Pavan, turned out to be a guy a little older than me, short, with a head full of black curly hair. He wore sunglasses and shorts and looked like a laid back guy on holiday. He talked constantly while showing me the bungalow and the rooms in the other house he had.

His wife, a former dentist, was 5 years younger than him and seemed like a lovely woman.

Their 5 year old daughter was a little like her father and her mouth didn’t close for a minute. She also tended to give very high pitch noises whenever something was not going her way.

On top of that they had 3 month cute puppy, which loved to play, but just like the little girl give out noises I could not bear.

After the first day I knew that despite my bungalow being hidden in their garden I was not going to get the rest I had been looking forward to.

Except me they hosted a young German couple, who seemed like  nice and decent people. I went hiking with them and then for a day trip into the mountains and really enjoyed their company. However, after a bit I realised that they must be the most boring couple in the entire world.

They spoke slowly, with heavy German accent, and told me stories that didn’t have any point. Like the one about a coconut. ‘Once I tried to open a coconut’ he started ‘and I made a crack and the skin of my finger got stuck there and the coconut was hanging off it. I thought I had hurt myself’…silence…. ‘And? did you?’ I asked. ‘No’ he replied.

Whenever he started saying ‘did I tell you the story when..?’ I was running for shelter.

During the dinner I not only had to listen to their stories, but also to what they were saying to each other.

‘Honey, do not forget to smell cardamom’ she would say to him every now and then ‘you remember that you wanted to smell it?’ ‘Yes, honey. Thank you for reminding me’ he would reply. You could only close your eyes and you would think they were 90 instead of 30.

Fortunately, they left after 2 days.

The night before they left my bungalow was attacked my some night animals. They were possibly some type of squirrels. They jumped on my roof and scartched the floor scaring me the whole night.

When the Germans left Pavan offered me to take over their room, which was on the second floor of his house.

I was the only one living there, except him and his family.

In the morning I would be woken up at 7 am by the loud Indian music coming from downstairs, or by Pavan talking on the phone, or by their barking dog.

I told them I didn’t want to do much until I leave. My plan was to sit on the porch, use the wi fi and read my book. It turned out I could not do that. Every time I opened my laptop Pavan was chatting me up. Do I know he worked for Sony Pictures? Do I know that he is a graphic designer? Do I want to eat? Do I want to drink? Aaargh!!! He drove me crazy.

He also had a great idea of showing me bollywood movies. On the first evening I was pretty excited. I was in India, watching those movies with a guy who actually helped to promote them and knew a lot about them. I enjoyed the first movie, and the second….but then….Then Pavan worked out a way of making me agree to watch those movies without realising I was agreeing to it. Every night I had to watch one.

‘So, it’s 4 now’ he would say to me ‘at 6 I will start the movie, at 8 you will eat dinner and you will finish by 9, so you’ll be in bed by 9:30’ he would announce and then just walk away, leaving me without another word.

I watched 4 movies in total.

Next – how Pavan sleep walked and what happened after…

Previous Post: « Kovalam Beach – it was more about the people than the ocean
Next Post: Five reasons why you should visit Munnar and Thekkady in Kerala » 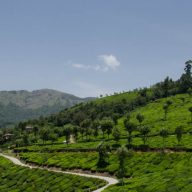 Five reasons why you should visit Munnar and Thekkady in Kerala 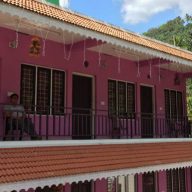 Not so relaxing stay in Munnar part 2 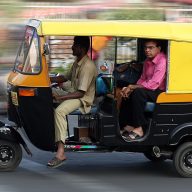 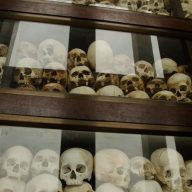 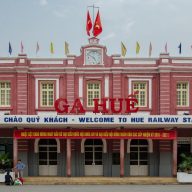 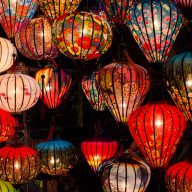 Full Moon Festival in Hoi An: A truly magical night