An email exchange today with my sister made me think of my fellow countrymen, their way of thinking, and why I am happy not to live in Poland anymore.

Don’t get me wrong, not all Polish people are prejudiced, but quite a lot of them are. The amount of venomous comments on internet, written by Poles, is huge. I’m so glad that Polish is spoken only by a narrow percent of foreigners, otherwise we would be even more disliked.
I decided to come up with some points of what Polish actually think of others. I guess, I thought it would be fun to be a little bit sarcastic, but when I started writing it down, I became more and more depressed…

-Hate Jews – that’s right a simple dislike is not enough. The reasons are not that obvious and I think people who write ‘Jews go back to gas’, on the walls of Polish cities, don’t know that either.

-Don’t like black people, Muslims, Indians, Chinese, and any other people that are not white.

-Don’t like gay – why? Because gays rape small children and carry diseases. Simple!

-Don’t like vegetarians – because they have dread locks, dance naked in forests, and probably also rape small children. Besides, how can you not eat meat? That’s just stupid!

-Think that everyone who comes to Poland should learn Polish, but a Polish person going abroad to e.g. Holland doesn’t really have to learn Dutch.

-Think that Polish food is the best in the world! Someone who doesn’t like Polish sausage doesn’t know anything about food.

-Think that our way of spending Christmas and Easter is the best and the most beautiful and other nations don’t know how to celebrate. Who wouldn’t like to stuff their faces with fatty food and then spend another 3 days in front of tv, watching the same comedies as last year?!

-Think that everything is grey and depressing.

Are you surprised why I don’t want to go back there?

Besides my obvious dislike for my own nation, I think we have a lot to offer. We should just stop for a second in these constant accusations and look at ourselves, because all these will turn against us one day.

Peace and love everyone 🙂 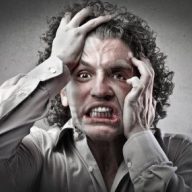 How to make a cigar Burmese style

A blond discovers – And what’s in your drawer? 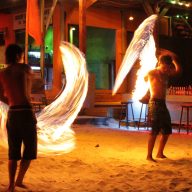 The Blond moment: conversations with a Thai

How to make a cigar Burmese style

A blond discovers – And what’s in your drawer?

The Blond moment: conversations with a Thai