When it comes to moving, there is always going to be a certain degree of doubt and uncertainty, even for the most well-traveled of people. This doubt and uncertainty will run rampant in your mind, especially when you’ve made the decision not only to move but to move overseas. When facing the possibility of moving abroad, you will have to endure the changes in climate, language, and culture… the thought of that alone can raise concerns and be overwhelming to anybody.

It’s normal to have fears about moving abroad because it would be a totally different experience for you but those fears shouldn’t stop you from doing something you’ve been wanting to do. In fact, Psychology Today states that moving abroad has a positive effect on your personality. It says that when people move abroad, it makes them more open and willing to try new things.

Misconception 1: You Have to Be Rich to Live Abroad

The one important thing about moving abroad is that you give yourself enough time to save for your move. You want to at least give yourself a year or two because it is such a big step. Here are some things people do to make extra money to save.

Get a Second Job

In order to have extra money, you have to work for it, right? Of course! No one is just going to hand it over to you! So, some people will take on a part-time job at a local retail store or restaurant. Whether you’re picking up a few extra shifts during the week after your full-time job or working a few hours on the weekends, it will definitely bring in extra money to put towards your move.

Become Your Own Boss

If going in somewhere to clock-in isn’t your cup of tea, then you should consider opening up your own e-commerce store. You can sell anything you want that you feel will bring in revenue. A lot of people will choose this option because it gives them the flexibility to work as often or as little as they want and it can all be done from the comfort of their own home.

Sell All of Your Stuff

The fact that you’ll be moving to a different country, you really won’t need too much of your personal belongings so your best bet is to get rid of it and make money while doing it. You can always have yard sales or garage sales, and you can also just let friends and family know of your plans and just see if there’s anything they’d like to buy from you. You probably won’t get the same amount that you paid for these items but it’s better to get a little money than no money at all.

Misconception 2: You Have to Speak the Native Tongue in Order to Live There and Be Happy

If this was a misconception you had that made you not want to move abroad, then you can breathe easy now because this is a huge untruth! You can still live abroad and live happily but the fact that you are going to be living there for an extended amount, you will definitely want to learn the language.

You don’t have to speak the language in order to live abroad but it is helpful to at least know a little bit of it… at least the basics. Once you actually get there, you’ll start to learn the language just from being around the locals but it’s definitely not a reason to not move abroad.

Misconception 3: Moving to a Different Country is Like Being On Vacation Every Day

For some reason, people seem to think that when you move out of the country that every day is a vacation. It really isn’t… People who live in other countries still have to work to make ends meet just like anybody else.

People tend to think that just because they live in an area where the sun is constantly shining and palm trees are everywhere that they’re on vacation daily… Please don’t move abroad thinking that misconception is true. Be realistic about your move and know that your work ethic should remain the same, regardless of your location.

How Do You Feel Now?

Now that these common misconceptions have been debunked for you, is your mind now put at ease? Well, it should at least give you a more realistic view of what it would be like to live abroad.

The moral here is that you can’t live your life out of fear whether you’re afraid of going for a job you feel like you won’t get or if you’re considering moving out of the country. You won’t ever know what you’re capable of unless you try.

Previous Post: « Cascais, Guincho, Sintra: A day outside of Lisbon
Next Post: Moving to Porto: 9 ways to make friends » 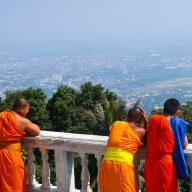 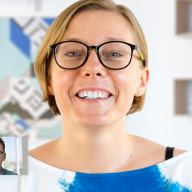 I teach English on Skype: My way to earn money online 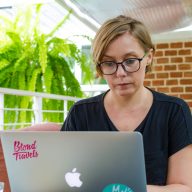 Remote work in Thailand: What every Digital Nomad should know 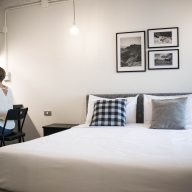 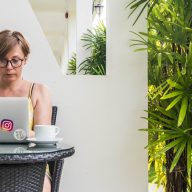