Since I remember I’ve always wanted to visit Wieliczka Salt Mine, but never had a chance to do so. With a great excitement I discovered that it was pretty easy to get to the site from my home. I didn’t think any further and one sunny day I took my camera and, dragging Chris along with me, I set off on a short trip to Wieliczka.

What is so special about Wieliczka Salt Mine?

Wieliczka is the oldest salt mine in the world. It was established in the 13th century, but already people were using the salt from the site 6,000 years ago. Salt deposits in the mine come from over 13 million years ago.

The mine is also one of the biggest in the world and it measures over 250 km. During a three hour tour you can see only 2 km of it.

The air inside the mine is free of pollution, allergens and it’s rich in micronutrients. It is so pure that in the 60s the government decided to open an underground health resort, which is a great place for those suffering from asthma and other respiratory diseases.

Wieliczka Salt Mine is also one of the most important religious places in Poland. Throughout the years miners here carved figurines of saints, hoping that they will protect them from harm. The main attraction of the mine is the chamber of St Kinga, which is made entirely out of salt.

The mine has been on the UNESCO Heritage Site since 1978.

Our tour around Wieliczka Salt Mine

I was slightly discouraged at first by the long wait in the queue. We decided to go on a Polish language tour as the line seemed a little shorter. We still had to wait for 40 minutes.

Once inside we were greeted by a very nice guide, who led us through the mine. Our tour was quite big and we were joined by a family that didn’t speak Polish at all (probably because the tickets were cheaper). I would have had anything against it if it wasn’t for the kids that couldn’t understand a word and their disinterest was slightly annoying to everyone.

Except that, I found the tour quite fascinating. We were introduced to the legend of St Kinga, who convinced her husband, King Boleslaw V, to open the mine. Back then salt was considered one of the most precious material. It was even called ‘white gold’. Until today St Kinga is the patron of the mine and the protector of the miners.

Our tour guide told us all about the history of the mine and about the work of the first miners. At the beginning their job was so dangerous that many lost their lives in the narrow corridors of the mine. They not only crashed the thick salt walls, but had to get rid of methane, which would gather over the pavements. To do so miners would crawl into small spaces with a fire torch and burn out the gas. Quite often it led to explosions and accidents. You can see a demonstration of it during your tour.

The guide also introduced us to some mining customs and traditions. In Poland miners are appreciated not only for their hard work, but for their fight against communism in the 60s. The Day of the Miner, known in Poland as Barbórka, is celebrated all over Poland.

The most beautiful room in the whole mine is the St Kinga’s chamber, where everything is made out of salt and the floor itself is a one big piece of this material. The chamber was created only by 3 people and it took 63 years to complete.

I found the mine to be an amazing place. The chambers are beautifully decorated, hiding fascinating stories about the history of the place and history of Poland. One of the disadvantages is the number of visitors. It seemed like the guide was rushing through the site and often I couldn’t catch what he said because of the surrounding noise. I wish we had had more time to enjoy this wonderful place.

How to get here: You can drive from Kraków via road A4. It is also very easy and convenient to take a bus (304), or a train from Kraków Główny. Check the best connection on Jak Dojade.

Tickets: You can book your tickets online, which during the summer months is the best idea. We didn’t realise how many people visit the site and ended up queuing to buy tickets for 40 minutes. When you arrive you will see two queues: one for foreigners, the other for Poles. Everyone must visit the site with a guide and there are certain times for each language. The queue on the Polish site goes a bit faster and the tickets are cheaper, but if you want to find out a little about the mine and its history then it is best to stand in the other queue. Prices: 55 złotych (for a Polish person), 84 złotych (for a foreigner).

Before you visit: Prepare yourself for a lot of walking. A tour takes up to 3 hours. The temperature inside is always the same, no matter the time of the year – it’s around 16 degrees.

During your visit: Always follow your guide. Don’t turn anywhere. The mine is 250 km long and it is easy to get lost. Don’t touch anything, especially the salt sculptures as the moisture on your hands can melt the material. Breathe deeply – take advantage of the pure air inside the mine.

Previous Post: « SEE TEFL: Do your TEFL course and teach English in Thailand
Next Post: 5 Common Fears of Moving Abroad and How to Overcome Them »

Auschwitz-Birkenau: Where hell once existed 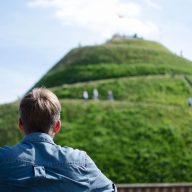 Zakopane in a day: Enjoy the capital of the Polish mountains