Peniche – a small town located around an hour drive from Lisbon. It’s famous for its beaches, it’s laid back lifestyle and Berlengas – a group of small islands. It’s an ultimate surfers paradise and a nice place to relax and get away from the city. Many people had recommended it to me and I expected a lively resort with a lot of people. The reality was very surprising.

Portugal is a very small country and Lisbon is conveniently located, so it’s quite easy to make a weekend trip somewhere. I chose Peniche mostly due to so many good opinions I heard from friends and readers. One person told me that it was the best place on Earth for them. No wonder then that I imagined that Peniche is like Łeba, my hometown. I pictured it being full of tourists with loud arcades, clubs and expensive restaurants. When I finally got there, I found a quiet little town, where nothing much was going on. At first, I was wondering what I was supposed to do there. As it turned out, I had a lovely weekend there and I didn’t even have enough time to fully enjoy it.

If you’re looking for a short trip from Lisbon, then Peniche will be a great option. There are some really nice, local places in the town, where you can experience the slow, Portuguese lifestyle. The views are amazing, the food is great and affordable, and it’s so easy to get there. You will not regret spending some time in Peniche.

I keep forgetting how small Portugal is! I planned a whole weekend in Peniche as I thought it was going to be quite far from Lisbon. Spoiler! It’s only an hour away. We decided then that we would stop somewhere on the way. I spent some time in the Buddha Garden, a very nice but peculiar attraction. I also stopped in the lovely Obidos, which turned out to be the actual highlight of our trip.

I imagined that Peniche will be a town full of life, tourists and typical entertainment that you see everywhere in countries like Portugal. You know what I’m talking about, right? A lot of bars, loud music, foreigners behaving badly. I knew there were some nice beaches and I really wanted to see the Berlengas, but I did expect the typical vibe of a seaside resort.

At first, I wasn’t sure if I was pleasantly surprised or disappointed. Peniche turned out to be a very quiet town with many run-down houses and a few seaside restaurants. I walked the main street of it and wondered what I was going to do there for the whole weekend. I decided to take things as they come and just enjoy the sunny weather and the sea breeze.

I did one trip to Berlengas and had fun on the speedboat. I did quite a bit of walking around the shore. I went to the night market and fun fair at night, where I ate local food and listened to some live music. One evening the town celebrated its anniversary and there was a huge parade of people dressed up in funky costumes. I also went to a lovely restaurant on the outskirts of Peniche and ate the best seafood in the world!

The weekend was better than I had expected and I came back really relaxed. The town isn’t the most exciting place in Portugal, but if you’re after some quiet time, then I would definitely recommend it.

What to see and do in Peniche

Peniche is a small town and it’s perfect for a weekend away from Lisbon. There are a few things worth checking out.

This is a beautiful cape with some interesting rock formations. You can admire it from a nearby viewpoint, or walk up closer along the cliff.

Cabo Carvoeiro has always been a danger to ships and boats. Many of them crashed against the cliffs. A small lighthouse has been here since 1790 and it has been warning sailors every night since then. 🗺Map

All roads in Peniche lead to the small port. It’s a lovely place with small boats and yachts floating on the water. Around it, you will find many good restaurants and bars, where you can sit outside and enjoy the breeze.

Peniche is perfect for surfing and if you love beaches, you won’t be disappointed. There are so many of them here and most of them are perfect for surfing. Surfers from all over the country come here to try out their skills. In the summer the beaches become quite crowded, but you can easily find a spot for yourself.

Berlengas archipelago is a small group of islands near Peniche. It’s only around 30 minutes by a speedboat away from the main shore. You can take a trip for a day to the Berlengas. There is a very small beach, which becomes very crowded in the afternoons. It’s better to spend your day visiting nearby caves and coves or go for a trekking around the main island.

You can easily book a trip to the Berlengas from a local tour company. I used Feeling Berlengas and was very happy with the service. The tour operators are all located in the port and there are quite a few of them. During the high season, it’s best to book in advance by emailing them. Cost of a return ticket is 20 Euro per person. There is an option to buy an extra trip to the caves, which I highly recommend. 🗺Map

Peniche – All you have to know before you go

There’s not that much you can see and do in Peniche, but if you have never been there, you will need some information to prepare for your trip. Here’s what you need to know.

Peniche is located around an hour drive from Lisbon, in the north of the capital. The town is not big and is a home to only 15,000 people. It’s surrounded by beaches and it’s known for being the perfect place for surfing and windsurfing. 🗺Map

When is the best time to visit Peniche?

If you’re after spending some time at the beach, then the best time to come is in the Summer months – May to October. The average temperature is around 25 degrees with almost no rain. I would say that early Autumn and Spring are also good, but you won’t be able to enjoy sunbathing then. In November you can still experience temperatures as high as 20 degrees and quite a lot of sunshine.

How to get to Peniche?

I rented a car, which cost me around 25 Euros per day. The ride is reoomally easy and fast. You just go through the highway. If you have time, I would advise taking some back roads as the Portuguese countryside is really pretty. You can rent the car in Lisbon with Rental Cars, or with Interrent – both companies have great rates and they’re located at the Lisbon Airport.

You can also easily get to Peniche by bus. There are two different bus companies that go from Campo Grande and Sete Rios. They leave every hour or half an hour. The ticket should cost you around 10 Euros one way.

If you want to go to Peniche by bus straight from the airport, you can take the metro to Campo Grande, or to Jardim Zoologico, where Sete Rios is located. Uber works very well in Lisbon, so if metro seems too intimidating to you, then call a taxi.

Where to eat and drink in Peniche?

We actually used the opportunity that there was a fun fair in town at that time, so we ate there almost every night. We had some really good food, including sausages and cheese. Everything was very affordable.

One evening we went to eat at Tasca do Joel, which was recommended to us by one of my readers and I couldn’t have been happier! The food was great and very fresh. The restaurant is a little out of the town center, but it’s really worth walking there to try the best seafood in town.

Where to stay in Peniche?

Peniche has a lot of great places to stay. You will find your options on Booking.com. Here are some choices for every budget:

Accommodation in Peniche for backpackers

I normally don’t want to have any expectations when I go somewhere. I prefer to be surprised. It was a little different with Peniche as I really expected it to be a lively resort. However, I’m glad that the reality was different. I enjoyed myself there very much and I really can’t wait to go back.

If you’re after a day, or a weekend, trip outside of Lisbon and want to relax and unwind, I really recommend Peniche. You will have a lovely time and you will come back revived and rested. 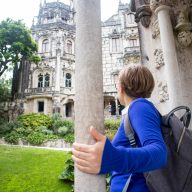 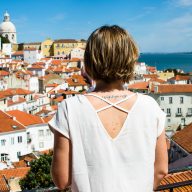 Your ultimate guide to holidays in Lisbon 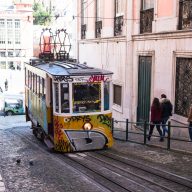 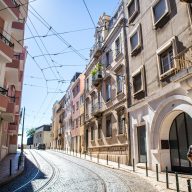 Away from the crowds: Visit Lisbon Withlocals 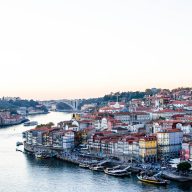 In a hurry? Discover the best of Porto in one day 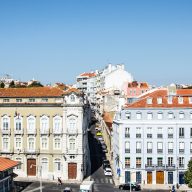 Previous Post: « In a hurry? Discover the best of Porto in one day
Next Post: The real cost of living in Lisbon: My budget revealed »

Your ultimate guide to holidays in Lisbon

Away from the crowds: Visit Lisbon Withlocals

In a hurry? Discover the best of Porto in one day