Many people wonder what vaccinations they should get before they visit Thailand. There is a lot of information about it on the internet. Some websites have long lists of inoculations against scary diseases and it’s hard to tell which of them are really necessary.

Before my first trip to Thailand I had the same dilemma. Today, after almost 5 years of living in the country, I look at all these recommended inoculations with a dose of common sense, because I know that it doesn’t take much to stay healthy while living in the Land of Smiles. Here is the most important information about vaccines for Thailand.

Let’s have a look at the list of vaccinations recommended by most of the sites related to travel health: hepatitis A and B, tetanus, cholera, diphtheria, Japanese encephalitis, rabies and typhoid. Wow! If I had had all of these I could be a live shield to most of the diseases in the world! Just joking, but you need to admit that there are quite a few of these.

Most websites that recommend these inoculations do so because their task is to warn people. The decision of which ones to have before you go is entirely up to you. That’s why you should think about where you’re going and what you’ll be doing before you decide which vaccinations you would like to have.

Common opinion among people who have never been to Thailand before is that it’s a country that is dirty and there are plenty of germs and viruses around that can kill you in an instant. The fact is, however, that Thailand is much cleaner and much more developed than its neighbours, like Cambodia or Myanmar. Cities and tourist areas are mostly free from diseases, such as rabies or typhoid. Even malaria is not a direct threat. At the moment dengue fever seems to be the most common virus and the only way to avoid it is to use mosquito spray and cover your body with long sleeved clothing.

Which vaccinations to choose before coming to Thailand?

Please bear in mind that I’m not a doctor and the below is only a recommendation. If you still have doubts, contact your travel health clinic.

In my opinion the only vaccines you should get are those against hepatitis A and B and typhoid. Whether you want to get shots against the rest of the diseases I mentioned earlier, it’s up to you. I think that the most unnecessary vaccine is the one against rabies, which (similar to anti-malarial tablets) doesn’t protect against the disease, but prolongs the time between the infection and getting medical care. Only people who plan to volunteer at a wildlife sanctuary or animal shelters, or are planning to stay far away from cities and medical care, should get this vaccine.

The most important things to remember about before you go 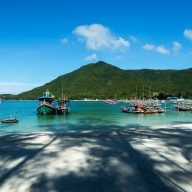 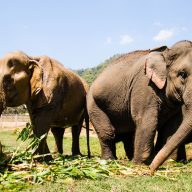 Thai charities that are worth supporting

Previous Post: « A short guide to Had Rin
Next Post: All you need to know about Thai spirit houses »

Thai charities that are worth supporting